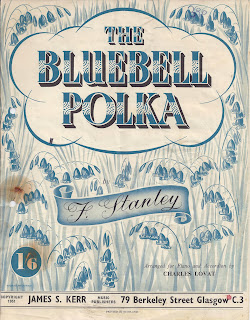 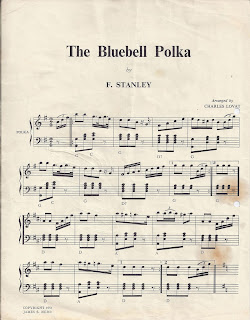 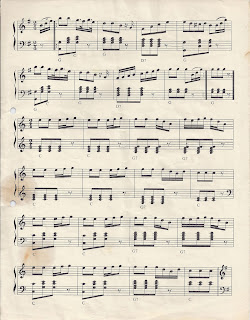 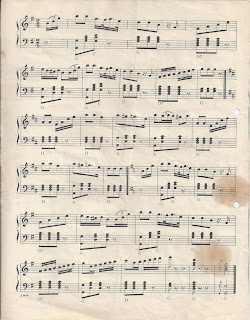 One of the few times a traditional musician has entered the hit parade was when Jimmy Shand took his recording of The Bluebell Polka into the Top 20 in 1955. Many people have assumed that the tune is a Shand composition, but it predates him. Jimmy got a lot of his repertoire from the previous generation of Scottish melodeon players: The Wyper Brothers, Pamby Dick, James Brown, etc, and indeed, Brown recorded a version of the tune on a 78rpm record on the 19th April 1911, calling it Little Pet (Caledonian Polka) (I used to have a copy of that track but, frustratingly, I cannot find it right now).

Going back further in time, possibly the first appearance of the tune in print is in the popular Kerr's Merry Melodies Book 1, where it is attributed to no composer, although it does say "Pianoforte copies of above…" The attached is one of those sheets for piano, where the composer is clearly given as "F Stanley" (I have

Irish musicians also recorded versions of the tune: fiddler James Morrison recorded it in the 1930s (along with Happy Birdie), and more recently by fiddler Jesse Smith. There is an old American polka by the name Little Pet (see here), but it's a different tune.

Although its origins are unclear, The Bluebell Polka captured the hearts of many people, musicians, dancers and listeners alike. It is still played and regarded fondly in Scotland to this day (I played a ceilidh last Saturday evening; during our break a singer made me do the Macarena while she sang a vocal version of the song!).
Posted by themusicgatherer at 21:56 2 comments: 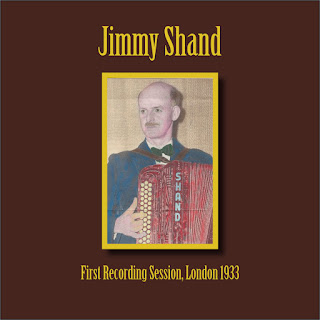 Jimmy Shand's first recording session was in 1933 with the Regal Zonophone company. His employer, Dundee music shop owner Charles Forbes, had agreed to underwrite the costs - unknown to Jimmy - and so the session took place in the Abbey Road studios in London. There was a pianist available, but on some tracks Jimmy asked if he could record unaccompanied. Two records were eventually issued, MR 1387 and MR 1388.

Presumably matrix no. CAR2413 was The Druken Piper/Laird o' Drumblair/Deil Amang the Tailors - mentioned in Shand's biography by David Phillips (Dundee 1976); alas, I have not got a copy of that track.

Posted by themusicgatherer at 11:10 8 comments: