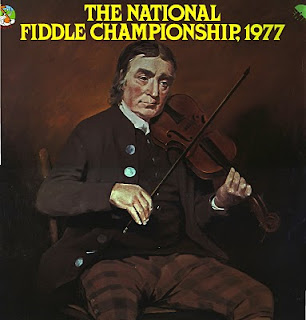 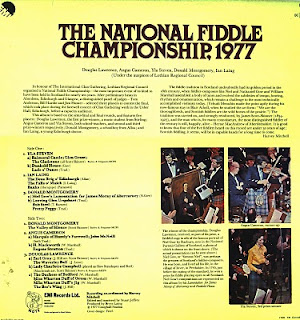 This competition was organised by Lothian Regional Council as part of the International Clan Gathering in 1977. Judges were Tom Anderson, the renowned Shetland fiddler, Bill Hardie from Aberdeenshire, and Jim Hunter. Douglas Lawrence from Banffshire, at that time a student, won the contest. He had been taught by the legendary Hector MacAndrew. Angus Cameron was runner-up and Yla Steven third. The standard of fiddling on the record is high, especially considering that it was recorded live in front of a capacity audience in the Usher Hall in Edinburgh.

Other albums featuring Yla Steven:
Back to the Hills (1976)
Solos and Duets (n.d.)

Posted by themusicgatherer at 09:09 2 comments: 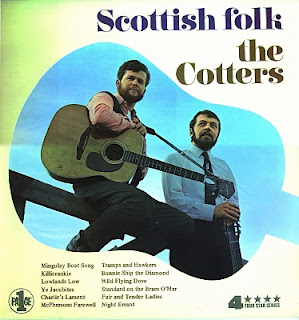 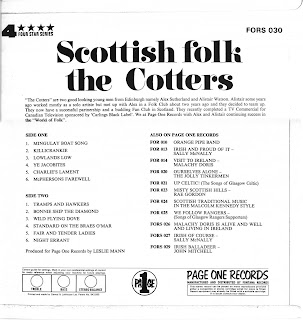 The Cotters were Alex Sutherland and Alistair ("Ali") Watson from Edinburgh, and they got together after meeting in a folk club. They were popular in Edinburgh and elsewhere, at one point recording a commercial for Carling Black Label beer. The name of the duo came about after Ali bought a second-hand mandolin which had "The Cotters" written on it, so they took on that name.

Ali Watson left the Scottish music scene in 1980 and emigrated to Western Australia. He had had several jobs including a deep-sea mariner. He became ill with cancer and died in 2001, after having visited Scotland the same year. After Ali went to Australia, Alex Sutherland, a piano-tuner by trade, teamed up with Ian Simpson and performed as The Alexians. He had also died of cancer by the mid-1980s.

As far as I know, this is the only recording they made. 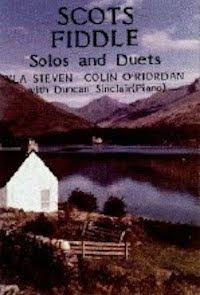 I'm afraid I know very little about this recording, as I only had a copy on cassette. Yla Steven has been written about below; Colin O'Riordan was a highly influential music educator in Edinburgh who had a great love for traditional fiddle music. He took his own life in 2001 after becoming depressed about funding cuts. His only other fiddle recordings, as far as I know, are with the Scottish Fiddle Orchestra. All I have of the cover is a couple of poor quality scans.

Other albums featuring Yla Steven:
Back to the Hills (1976)
National Fiddle Championship 1977

Posted by themusicgatherer at 12:24 No comments: 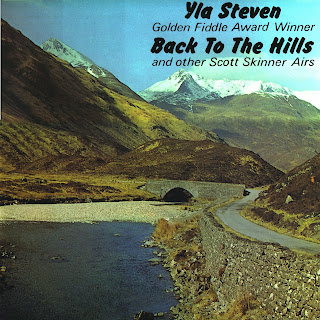 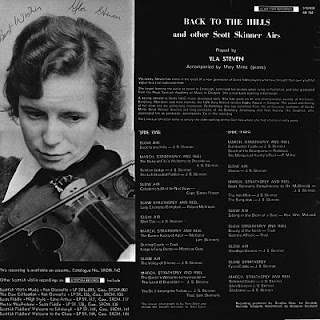 Yla Steven learned fiddle as a youngster in Edinburgh and Perthshire, and at the Royal Scottish Academy of Music and Drama in Glasgow. She has been teaching fiddle in Edinburgh schools for many years now, and in 1983 formed the Lothian Schools Strathspey and Reels Society. Yla has won many fiddle championships, including the exclusive Golden Fiddle Award in 1976. As far as I know, she has released to albums of fiddle music: Back to the Hills in 1976, and Solos and Duets with the late Colin O'Riordan.

Posted by themusicgatherer at 11:26 No comments: