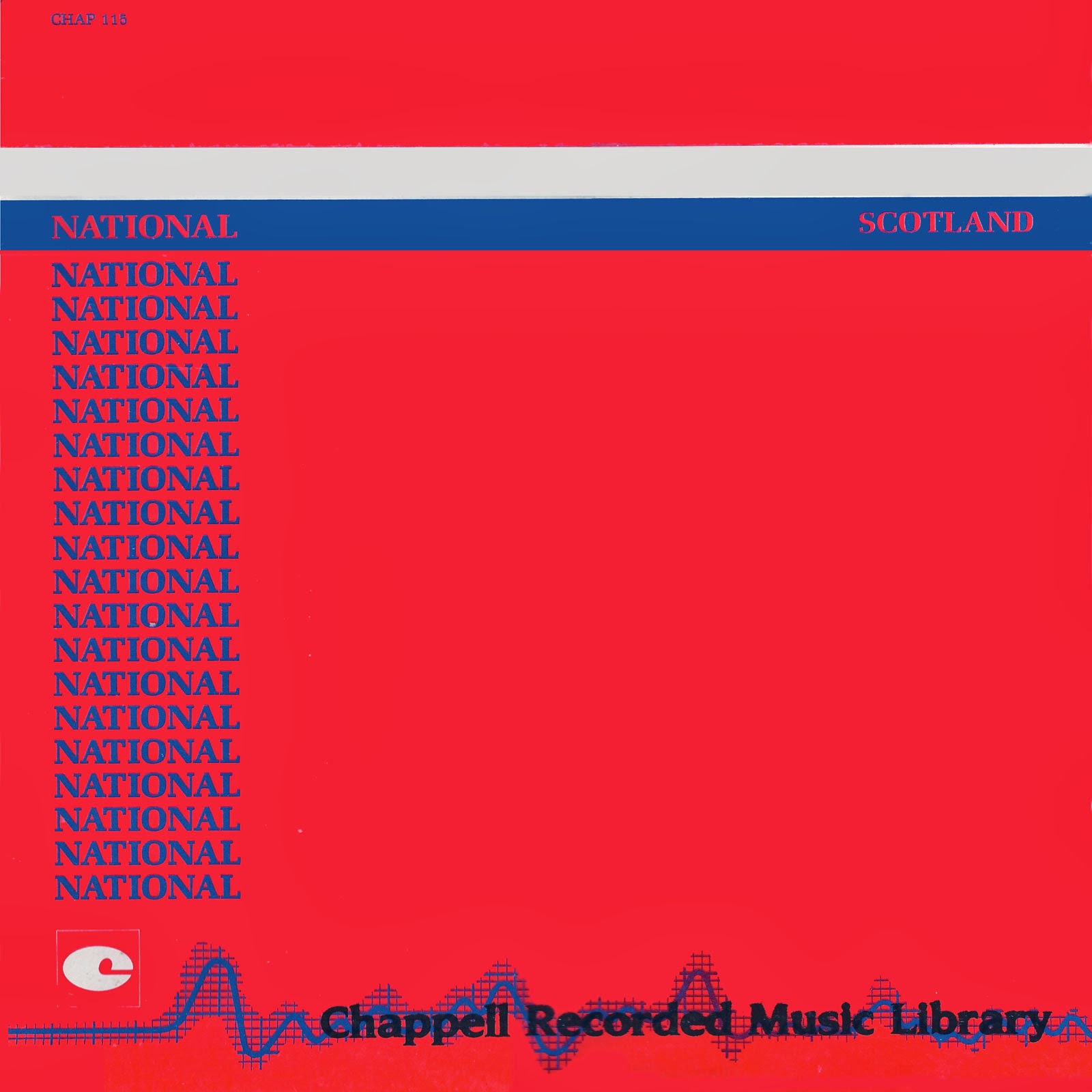 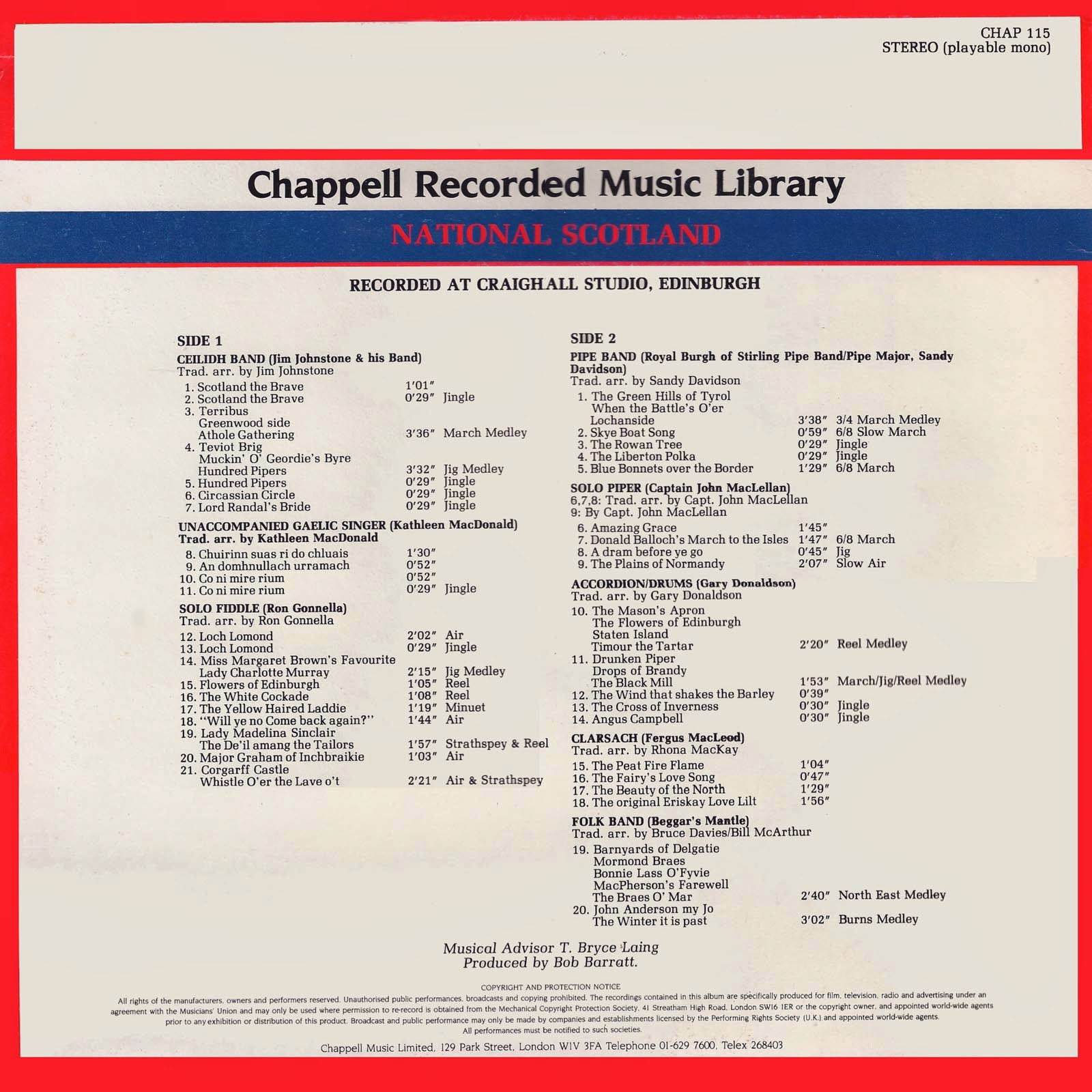 An unusual solo recording by Gonnella, this was part of an LP which formed one of a large library of recordings by Chappell aimed at radio and television producers. So if, for example, a shot required a pipe band, a gaelic singer or a solo fiddler as background music, you would have a selection of recordings and snippets to choose from. The first track, "Loch Lomond" is played as an air, and then there is a 30-second "jingle" version of it.

The Ron Gonnella segment of this album is worth listening to, not least because it is completely solo (he usually used piano accompanists, and sometimes a bassist too).

Posted by themusicgatherer at 16:54 2 comments: