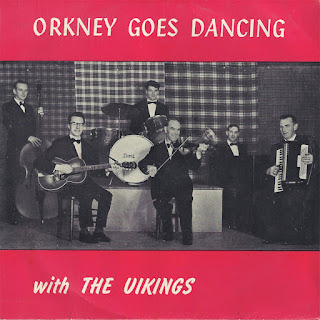 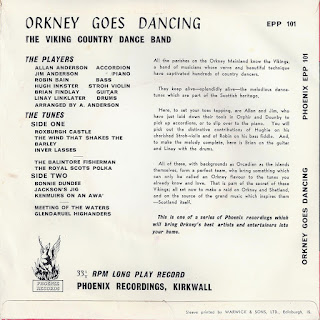 Published by Phoenix Recordings and recorded in the Phoenix Cinema in Kirkwall, Orkney. The band's line-up was Allan Anderson (accordion), Jim Anderson (accordion, piano), Robin Bain (bass), Hugh Inkster (Stroh violin), Brian Fidlay (guitar) and Linay Linklater (drums). According to the sleeve notes, the band were known all over the mainland of Orkney. Fiddler Hugh Inkster was recorded a few times and pops up on some interesting albums later on, from the Orkney Strathspey and Reel Society (recorded in 1976) to School of Scottish Studies recordings and a Smithsonian Folkways album of 1979.