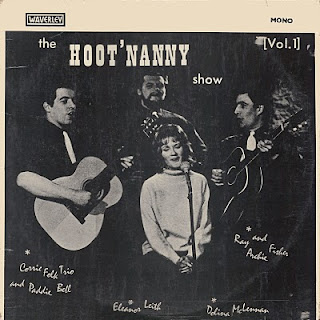 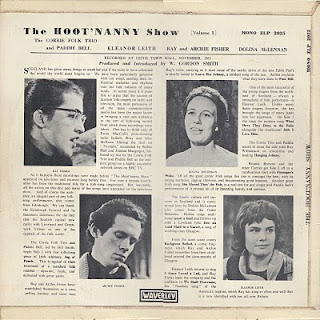 An absolute gem of a live recording from the Edinburgh of November 1963. Beautiful, beautiful performances from The Corrie Folk Trio and Paddie Bell, Ray and Archie Fisher, Eleanor Leith and Dolina McLennan. Since this is a continuous live performance, I have not separated the tracks, so there are only two: Side One and Side Two.

Posted by themusicgatherer at 21:30 2 comments:

Unavailable
Posted by themusicgatherer at 20:26 No comments:

The Corrie Folk Trio & Paddie Bell: Yon Folk Songs Is for the Burds (1963)

The Corrie Folk Trio and Paddie Bell: Yon Folk Songs Is for the Burds (Waverley ELP131, 1963)

Unavailable
Posted by themusicgatherer at 20:24 No comments:

The Corrie Folk Trio's first recordings consisted of three EPs published on the Edinburgh-based Waverley Records label in 1963. The artists were Roy Williamson and Ronnie Browne (both from Edinburgh art school), Bill Smith (an architect) and Irish-born singer Paddie Bell, by this time resident in Edinburgh. The EPs sold very well, and were re-released soon afterwards. At this time The Corrie Folk trio and Paddie Bell were in the ascendancy, and before long sell-out tours, television appearances and LPs were the norm. These three EPs are almost fifty years old, but the strength of the performance is evident, and are significant for heralding the arrival of The Corries.

Unavailable
Posted by themusicgatherer at 20:19 4 comments: 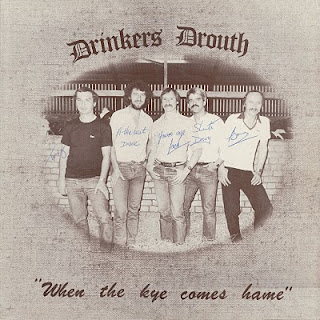 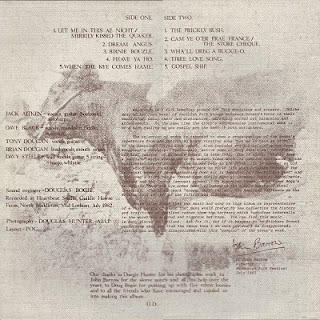 Drinkers Drouth formed in 1974 in Edinburgh with Jack Aitken (vocals, guitar, bouzouki, autoharp), Dave Black (vocals, mandolin, fiddle, bouzouki), Tony Dougan (vocals, guitar) and Brian Dougan (vocals, mouth organ). In 1981 they appeared on the same bill as Davy Steele (vocals, guitar, banjo, whistle), and immediately invited him to join the group. Two albums followed, this one and Bound to Go (1984) before they disbanded in 1976. Davy Steele became known as a member of  Ceolbeg and The Battlefield Band; sadly he died in 2001. Brian Dougan also died in 2009.

Posted by themusicgatherer at 18:45 No comments: 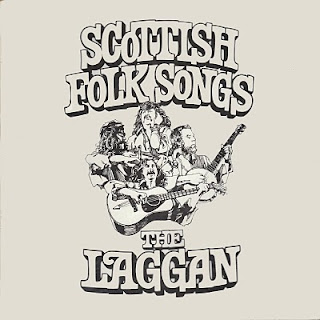 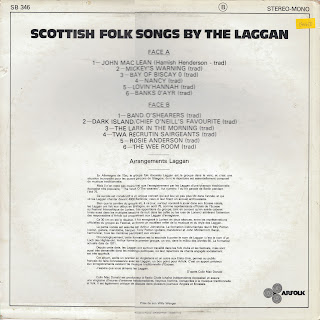 The Laggan were formed in the late 1960s/early 1970s in Glasgow. An early member was guitarist Brian Miller who later became involved with The Occasionals. One of the stalwarts of The Laggan was Arthur Johnstone (vocals) who also started the Star Folk Club in Glasgow in 1978. Alongside Johnstone were John MacDermott (banjo, harmonica), Tony Patton (guitar, mandolin, harmonica, vocals) and Billy Patton (fiddle, mandolin, banjo, bouzouki, vocals). I think they only recorded two albums, this one and I Am the Common Man (1978). MacDermott died in 2009, while Johnstone still performs as part of the Stars Band with Brian Miller and Chalie Soane. Billy Patton worked in a group called Patti O'Doors who released one LP that I know about.

Posted by themusicgatherer at 19:09 4 comments: 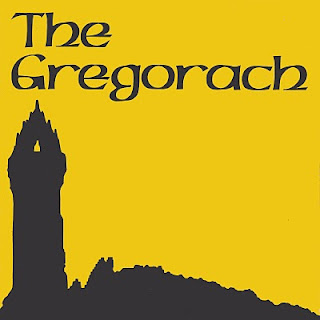 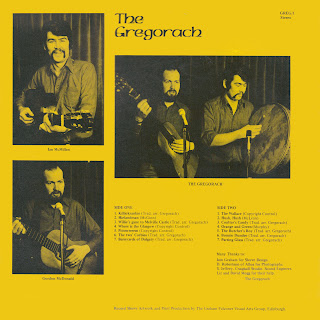 I know almost nothing about this duo. I'm guessing that they came from the Stirling district (the cover image is of Wallace's Monumnet just outside Stirling), and they were Ian McMillan and Gordon McDonald. Both played guitar and sang, and one of them played mouth organ. The material is indicative of what was being played by similar duos around Scottish pubs from the late 1960s onwards.

Unavailable
Posted by themusicgatherer at 16:23 No comments: 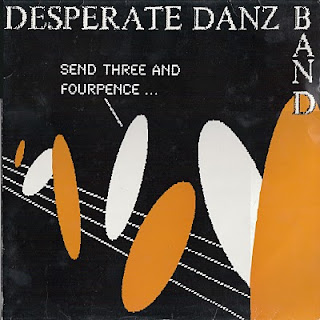 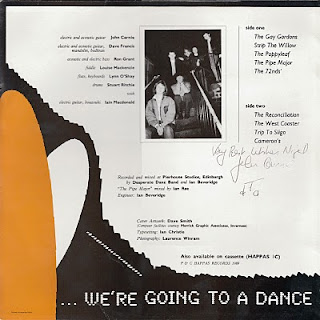 Desperate Danz Band were from Abderdeen and consisted of Dave Francis (guitar, mandolin, bodhran), John Carnie (lead guitar, rhythm guitar), Lynn O'Shay (flute, keyboards), Louise Mackenzie (fiddle), Ron Grant (bass, acoustic bass) and Stuart Ritchie (drums). They were a working dance band, active at a point in Scotland when ceilidh dancing was on the rise. Dave Francis, who had come from The Reel Aliens, now plays with his wife, fiddler Mairi Campbell, as The Cast. John Carnie, who with Janice Clark and Spider Mackenzie had been known as Off the Tracks, has recently released a solo album of Scottish music played on guitar.

Unavailable
Posted by themusicgatherer at 20:52 2 comments: 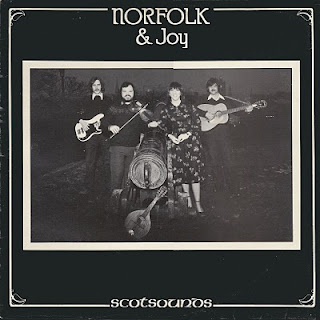 Norfolk were Les Russell (lead vocals, guitar), Dick Walinck (bass guitar, double bass) and Billy Cranston  (fiddle, whistle, mandolin, bouzouki). Joy Greig (mistakenly Greigs on the sleeve) was a friend of the group and occasionally got up to sing with them on stage. She was asked to sing a few tracks on the LP. Before Norfolk, Joy sang with Linda Wyman under the the name The Joylins, performing around Scotland between 1972 and 1976. She also sang with a group called Buzzard.

Norfolk were active in Edinburgh during the 1970s, and were often seen in Edinburgh's Amber Mile - Royal Terrace, where a number of small hotels held folk nights each weekend.

Billy Cranston had been in Edinburgh duo Broadside (with George Fenning) and in the group Homebrew (with George Fenning and Johnny Cunningham, later of Silly Wizard fame). Later he moved to Holland, where he lived with his Dutch wife and their daughter, where they were friendly with Davey Steele. Billy died in a car accident in Holland in 1984. In his memory his widow ran a folk festival in Holland.

Dick Walinck became active in the jazz scene, playing with The East End Jazz Band for ten years. He had a reacquaintance with folk with stints in Callanish and Drombeg, and could often be seen playing trad jazz in The West End Jazz Band, who played in Linlithgow.

Unavailable
Posted by themusicgatherer at 21:10 No comments: