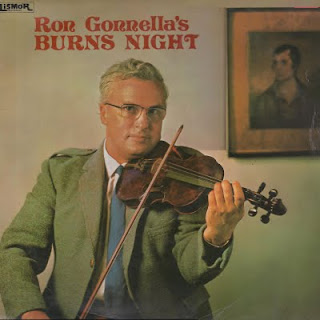 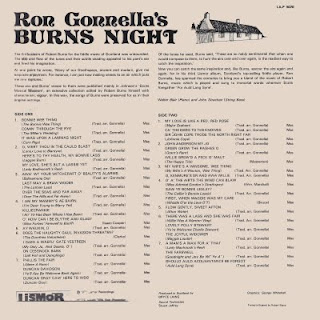 The eighteenth century Scottish poet Robert Burns loved fiddle music and composed many songs to Scots fiddle tunes. Ron Gonnella has compiled a collection of the original tunes which Burns used and presents them in his usual exquisite way.

01 Bonnie Wee Thing/Comin' Through the Rye/It Was Upon a Lammas Night
02 O, Wert Thou In the Cauld Blast/Here's to thy Health/My Love She's But a Lassie Yet
03 Awa' Wi' Your Witchcraft o' Beauty's Alarms/Last May a Braw Wooer/Over the Seas and Far Away
04 I Am My Mammy's Ae Bairn/Killiecrankie/O How Can I Be Blythe and Glad
05 Ay Waukin O
06 Does the Haughty Gaul Invasion Threaten/I Gaed a Waefu Gate Yestreen/On Cessnock Bank
07 Phillis the Fair/Duncan Davidson/Duncan Gray Cam' Here to Woo
08 My Love Is Like a Red, Red, Rose/Ca' the Ewes to the Knowes/Sir John Cope Trode
09 John Anderson My Jo/Green Grow the Rashes O/Willie Brewed a Peck o' Maut
10 My Wife's a Winsome Wee Thing/O Kenmure's On and Awa Willie
11 O' A' the Airts the Wind Can Blow/Saw Ye Bonnie Lesley/First When Maggie Was My Care
12 Flow Gently Sweet Afton
13 There Was a Lass and She Was Fair/Lovely Polly Stewart/The Joyful Widower
14 A Man's a Man For A' That/The Farewell/Should Auld Acquaintance Be Forgot 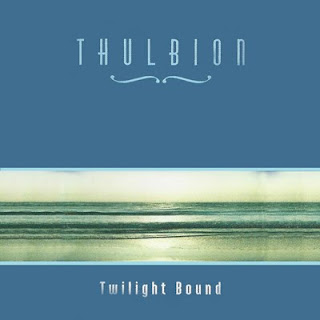 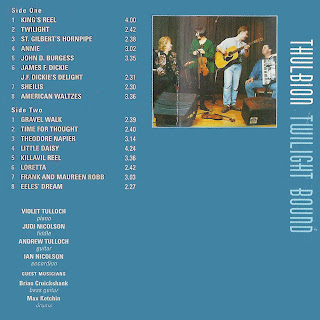 This album was released under the Thulbion group name, but it's really Judi Nicolson's show, her excellent fiddling dominating the sound from start to finish. Originally from Banchory, Judi Nicolson (nee Judith Davidson) was recognised as one of Scotland's finest fiddlers from an early age; indeed she won the 1979 Junior Golden Fiddle award at the age of twelve, and the senior award three years later. She is joined on this recording by her husband Ian Nicolson (accordion), Tom Anderson's pianist Violet Tulloch, and Andrew Tulloch (guitar), who was a member of the highly successful Shetland group Hom Bru.

Unavailable
Posted by themusicgatherer at 21:03 No comments: 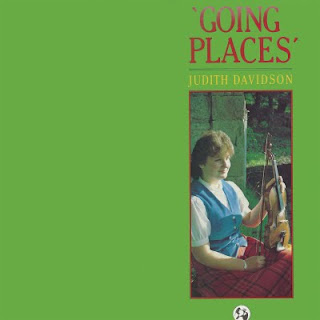 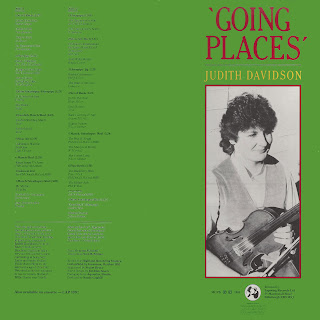 Judith Davidson from Banchory, Aberdeenshire, first appeared on a record when she won the Junior Golden Fiddle Award in 1979, and she went on to become a major talent in Scottish fiddling, winning the senior Golden Fiddle Award in 1982 at the age of 15. Her recorded output has not been overwhelming; I believe that this album and 1994's Twilight Bound are all that's available (plus a single track on 1979's Golden Fiddle Awards). She lived on Shetland for a number of years, where the legendary Willie Hunter described her as the best youngster he had ever heard. There she met accordionist Ian Nicolson, got married and the couple now live and teach music in Texas.

This is first-rate stuff and very difficult to get hold of.

Unavailable
Posted by themusicgatherer at 20:15 2 comments: