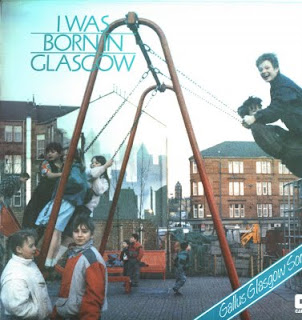 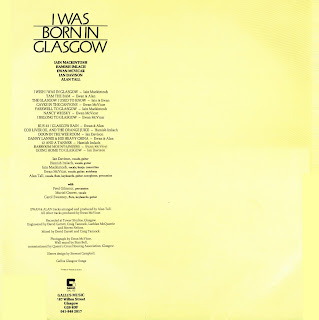 This was a one-off album put together by Ewan McVicar using the money he won in a song competition. It features a handful of singers from Glasgow including:

Iain Mackintosh, banjo player, concertina player and singer. He originally played in groups such as The Islanders and The Skerries, but is better known for his subsequent solo career.

Alan Tall, an actor and musician who provided vocals, saxophone, keyboards and percussion.

This album has not, to my knowledge, been re-released, but it is hoped that Ewan will consider it one day.

Posted by themusicgatherer at 14:42 6 comments: 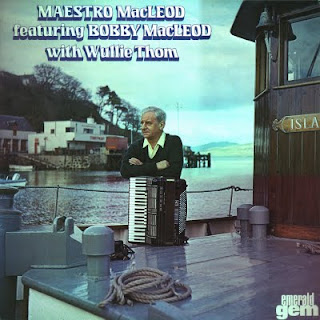 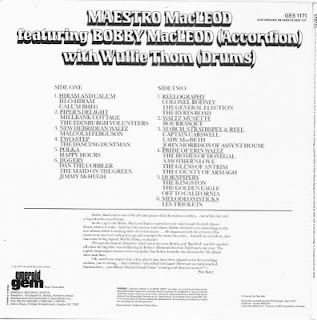 As the sleeve notes say, Bobby MacLeod is one of the all-time greats of the Scottish accordion. Originally from the island of Mull, MacLeod's recording career started in the early 1950s on 78rpm sides, and continued for decades afterwards. In this recording, rather like another here (Simply Solo), he is playing away from his usual band, except here he's accompanied by Wullie Thom on drums. The concept was formed as they jammed at Bobby's Hotel in Tobermory in 1976.

Posted by themusicgatherer at 20:04 2 comments: 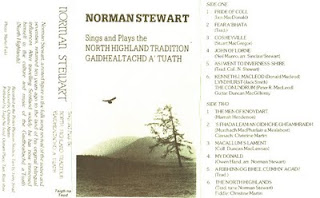 Norman Stewart is from Easter Ross, and a forester by profession. He was surrounded by Gaelic music and song as a child, and when he was in Edinburgh he frequented Sandy Bell's Bar in the company of Hamish Henderson and other highly influential people. Norman met and later married Janice Clark (later of the group Highland Tradition) at a North-East ceilidh and the partnership produced one record, called Iolair. I don't know of any of his recordings being released on CD. This recording is from a cassette, but there is no date given at all.