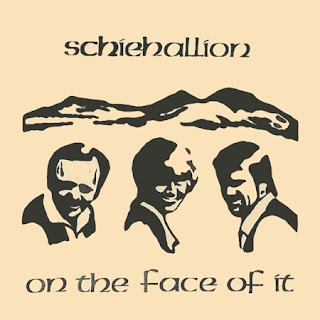 Another two cassette recordings, and again I know little about the group Schiehallion. I do know that they put on performances with visuals, songs and stories with a theme. One of their first such events, called A Window on the Eildons, was presented in the library at Abbotsford House in the Borders, which was the home of writer Sir Walter Scott. Some of the songs from that performance are on this album, On the Face of It (1986). Ian Robson (vocals, guitars), Noelle Johnston (vocals, bodhran) and Richard Johnston (vocals, guitar) were joined by Alex Wands (double bass, fiddle), to record good Scottish folk fare.

Schiehallion: Forward to the Past (1988) 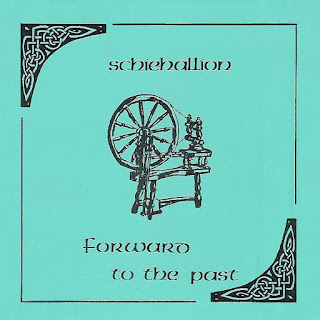 Two years later and another cassette from Schiehallion. Same line up as last time with the addition of Mike Davidson on mandolin, cello and tin whistle. Many of the songs on this album come from another of their stage presentations, this time A Tapestry of Fortune - a tribute to "famous historical characters in word, picture and song." Track 10 - Doon in the Wee Room - was recorded live in St Boswell's Village Hall, near to where singer Ian Robson lived.

Posted by themusicgatherer at 19:49 No comments: 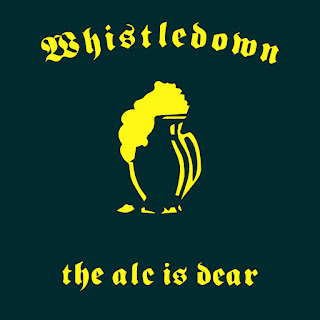 01 Ye Jacobites
02 The Harbour of Mallaig
03 Stirling Castle/Soldier's Joy/Banjo Breakdown
04 The Green Fields of France
05 The Brolum/The Ale is Dear
06 McPhersons Rant
07 The Wild Geese Flee
08 Home Sweet Home/Statan Island Hornpipe
09 Mist Covered Mountains
10 The Yew Tree
11 The Dark Island/Corkhill/Paddy's Leather Breeches
In the 1970s and 1980s, cassettes were a cheaper way of groups to release albums, and hundreds of Scottish groups did just that. Sometimes the quality was poor to begin with, and the cassette format didn't raise the standard at all, often quite the reverse. Nevertheless, these tapes are often the only evidence of the more obscure singers and bands which existed. An example of this is Whistledown's cassette from 1989, which is not the best quality, but good enough to get an idea of what they were about.
Whistledown were a folk group about which I know very little. Members of the band were Neil Campbell (guitar, banjo, vocals), Roddy Ross (vocals, whistle, bagpipes, bass), John Slaven (fiddle, mandolin) Bruce Hope (vocals, mandolin, bass) and Kenny Johnston (guitar, vocals). They formed in about 1986 and this cassette was released in 1989. In 1995 Slaven moved to Aberdeenshire and played with the Whigmaleerie Ceilidh Band. The last time I heard about Whistledown was in 2006, and the band were still on the go with Ross, Campbell, Hope and Neil's daughter Fiona Campbell (vocals and fiddle); they had just recorded a new CD.
Doonload
Posted by themusicgatherer at 13:39 No comments: 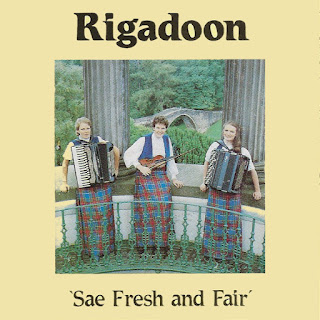 Rigadoon were the Leitch sisters Shona (accordion), Karin (accordion) and Lorna (fiddle) from Ayr. They recorded at least one other recording, and this one was available on both vinyl and cassette (I only have the cassette at the moment). The album shows off their musical abilities, but for me, the Scottish tunes are the most interesting - I could leave the rest! Being from cassette, the quality isn't perfect, but hopefully it's good enough to be able to sample the music of Rigadoon.
01 Roxburgh Castle/Kiss Me Quick/The Ton/Aitken Drum
02 The Hills Beyond/The Quarryman/Gallaton/Cristles March/Peter Davidsons Reel
03 The Firth House/The Bee's Wing Hornpipe
04 Where Is Your Heart/Moon River
05 Jim Kennedy's Jig/Young Scottie/Christie McLeod
06 Five Foot Two, Eyes of Blue/Thoroughly Modern Millie/Fortuosity
07 Kemnay House/Golden Slippers/Cadam Woods
08 Joe Foster's Jig/My Dungannon Sweetheart/Maid On the Green
09 Harry Scott of Friockham/The Scottish Snap/Earl of Dalhousie's Reel
10 Carillon
11 Hayfield Two Step
12 Gankino Horo
13 John Robertson
14 Flight of the Bumble Bee
15 Donnie the Post/Wandering Willie/Lord Saltoun
320cbr from cassette. Cover included.
Doonload
Posted by themusicgatherer at 20:56 No comments: 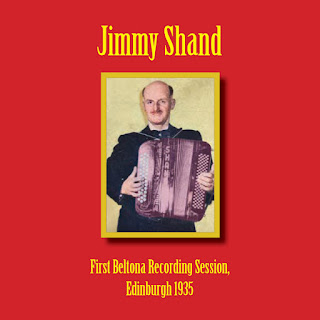 After Jimmy Shand's first foray into recording for Regal Zonophone in London in 1933, his next session was a year and a half later for Beltona Records based in Glasgow. This was the start of an extensive run of Shand records released by the label which went on until 1945, after which he signed to Parlophone Records. In early 1935 Jimmy travelled to an Edinburgh hall, the Kintore Rooms at 74 Queen Street, where Beltona often recorded artists. Twelve tracks were laid down with accompaniment from Margaret Lowe on piano, and all twelve were released and re-released, and some are still being re-released today on CD compilations. I put together this album from various sources, including my own collection and some vinyl re-releases. 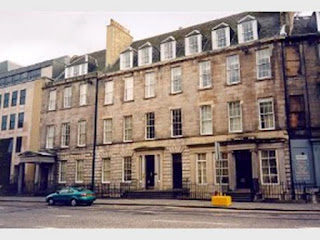 Posted by themusicgatherer at 21:37 No comments:

Judi Nicolson playing at the Tall Ships Festival in Shetland, 2011.
Posted by themusicgatherer at 11:14 No comments: 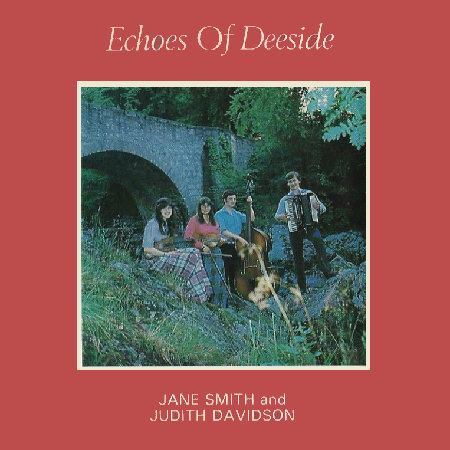 Posted by themusicgatherer at 11:13 3 comments:

Rhona MacKay: Music of the Harp 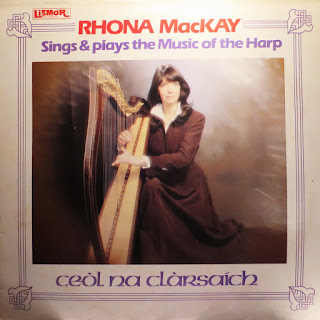 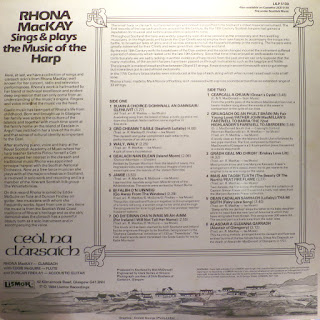 Like many Glaswegians, Rhona MacKay's family were involved with Gaelic culture from the Highlands and Islands. As well as playing with the Scottish National Orchestra, she was a member of the folk group The Whistlebinkies.