Posted by themusicgatherer at 00:15 2 comments: 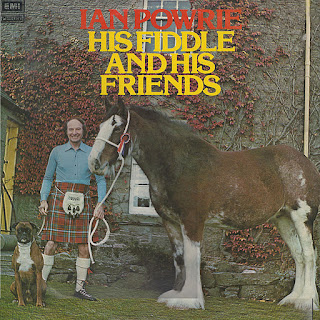 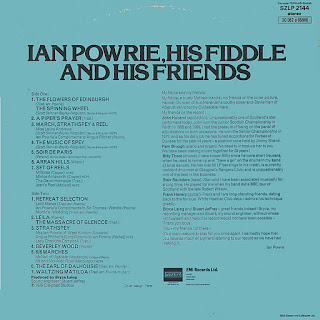 This is a tribute to Scottish fiddler Ian Powrie, who died last week. Powrie was born in 1923 at Strathardle, near Blairgowrie in Perthshire. His father, Will Powrie, was an accomplished melodeon player, and recorded several excellent sides for Beltona during the early 1930s, and some with his very young son Ian in 1933. At age twelve Ian was playing in his father's dance band, but on piano accordion! In 1949 he formed his first band, this time playing fiddle while his brother Bill played accordion.

Front and back covers included

Posted by themusicgatherer at 21:53 2 comments: