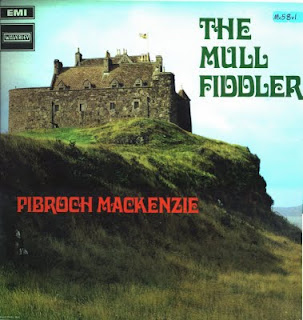 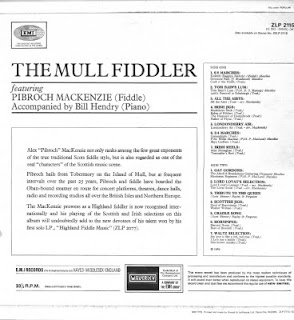 Alex "Pibroch" MacKenzie played with accordionist Bobby MacLeod, and like MacLeod was from the island of Mull. He recorded at least two solo LPs, and appeared as a guest on many more. This is the only solo album I have, but I will prepare a compilation of bits and pieces of his recordings at a later date. Unfortunately, I know very little about Pibroch MacKenzie, and it would appear that not much is known generally. I'll be happy to be proved wrong.