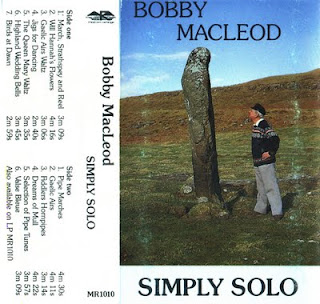 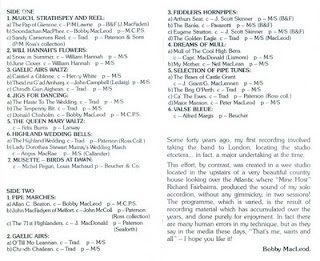 I know nothing about this recording. I was given it on cassette many years ago, but there was no information about date or label on it. Bobby MacLeod was an accordionist from the island of Mull, and had a long and successful playing and recording career. Some of his compositions are widely known, perhaps the best example being "Charlie Hunter". This recording is as stated: Bobby MacLeod playing completely solo.

Update: I managed to find the original recording on prerecorded cassette, so I have updated the scans to include the original artwork.