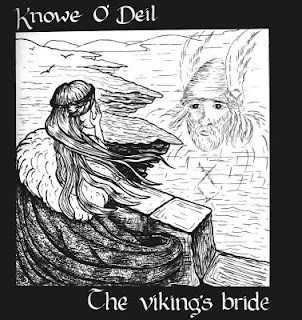 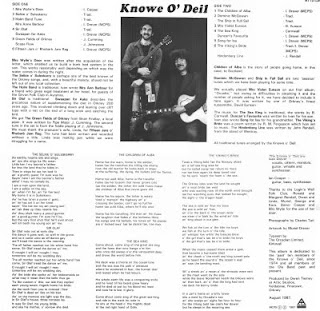 By the time of this - their third - recording, Knowe o' Deil were a duo consisting of Ivan Drever (vocals, cittern, mandola, guitar, whistle and synthesiser) and Ian Cooper (guitar, bass, synthesiser). However, there is a dedication on the sleeve for "the past ten members of the Knowe o' Deil". Their first release was Orcadia, followed by Orkney Anthem. After The Viking's Bride, Ian "went on to other things," while Ivan teamed up with Dick Clarke from Skye.

Drever, from Orkney, is well known as a member of Wolfstone, and has frequently toured and recorded with collaborators such as fiddler Duncan Chisholm, Stuart Eaglesham and Wayne Mackenzie.

The Viking's Bride LP is a mixture of self-penned and traditional songs and tunes, the original compositions coming from both Drever and Cooper.