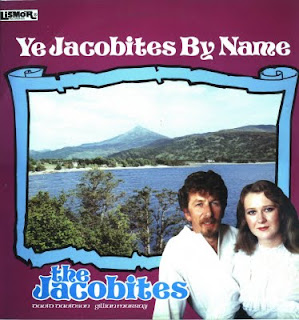 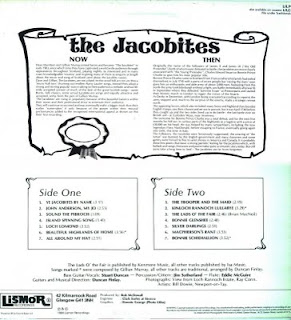 In 1968 Dave Davidson helped to form The Kingdom Folk, based in Newport and Wormit (north Fife), with William White and Brian Wighton, and they played contemporary, traditional and comedy music. "I used to play in a Tiny Tim-type act for a while," said Dave, "That's how we include some comedy in our material. But on the serious side our main influences are probably The Corries, Hamish Imlach and The Clancy Brothers." Dave reinvented himself as 'Dave Kingdom', a solo artist who had a residency at the Queen's Hotel in Dundee, and compered various folk events.

By 1973 Dave had been playing with Chic Batchelor (guitar and mandolin) as Top Flight. They became Dingly Dell with Jan Caldon (tin whistle) and went down well on the lounge bar circuit. The name came from the famous Lindisfarne album, and the trio included a lot of comedy in the act. They were still around in 1977 when they recorded two songs for Dundee Folk, an LP released as part of the 1978 Dundee Students' Charities Campaign.

The Jacobites performed as vocal duos and trios throughout their existence and recorded several albums on vinyl, cassette, and finally on CD. On the first LP Davidson is joined by Brian Lochrie of Perth, and on subsequent recordings by Gillian Murray, and her husband Stuart Duncan, the last CD being finished in 1992. During this time, the group toured extensively all over the world, and had regular residencies in Scotland.

Sadly, in 1992 Dave Davidson was killed in a car crash aged 46. The final CD, Captivated, was released four months before his death, and the other two Jacobites decided not to carry on. Eventually Gill Murray went back to performing on stage as a soloist on mainly Scottish variety shows, where she started out. She also recorded an eclectic "jazzish" album and performs occasionally with the Jauncy Brothers Band. Stuart, after he recovered from the accident, toured Denmark as half of Crann Tara with Bill McArthur (ex-Beggar's Mantle), and they recorded a cassette album. They also performed as Moonshine with Gill Murray joining them. The trio performed for the next 8 years under both of these names. Now Stuart runs Redbarn recording studio outside Dundee.

Helping out on this album are Jim Sutherland (percussion, cittern) and Eddie McGuire (flute).

Other albums featuring The Jacobites:
The Jacobites (1981)
Dundee Folk (1977) (as Dingly Dell)